With 2018 around the corner, here are the ten social media marketing trends we think is going to rule the year. 3. Augmented Reality would be on the rise

With Apple launching augmented reality experience in its newly launched iPhone 8 and X, the race to build AR apps for promotion purposes would be on the rise. Companies like Nykaa and Yelp are already using AR to help their user make the better choice regarding their purchases.

The millennial generation has been the main area of focus in social media marketing. But a research by Goldman Sachs shows that in the year 2018,  Generation Z would be the major center of focus for brands. Since this generation is just entering the labor force with a purchasing power that is more than millennials, brands are certainly going to shift their attention. Also, since the Generation Z is more inclined towards using Instagram and Snapchat, one would see major investments in these social media platform.

5. Brands would focus on live-streaming Live streaming was majorly started as a means for individuals to broadcast themselves. But, very soon it became one of the best tools for brands to promote themselves, their product/service and connect with their target audience. Take for example what Buzzfeed did to garner attention through live streaming. They live streamed a video where two people were putting rubber bands on a watermelon one by one till the watermelon burst. The video lasted for 45 minutes and at its peak time had a viewership of 807,000.

Social media has for long been the major platform for targeted advertisement of brands. But, in doing so they have heavily missed on the use of messaging platforms which has a user base of more than 2.5 billion people. For the year 2018, we can expect brands to greatly utilize the power of these messaging platform to increase customer reach.
With several messaging platforms like Whatsapp, Hike, WeChat, etc., companies have ample amount of opportunities to market themselves. 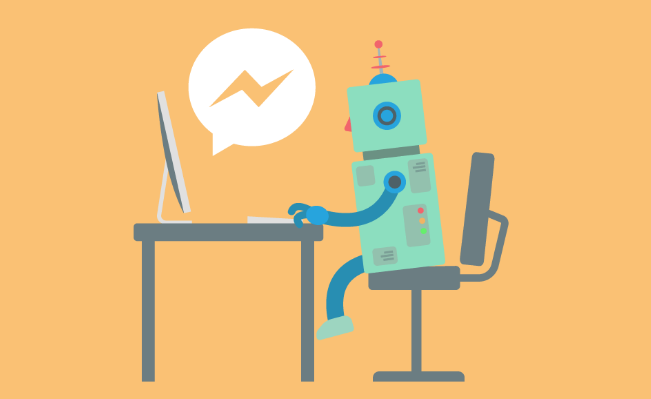 Chatbots developed for different purposes saw a rise in the second half of 2017. The year 2018 would see a further rise in the number of chatbots application riding on the wave of artificial intelligence. From answering people’s question to promoting a brand, bots are being used everywhere by business to support their marketing activity. Even Facebook has integrated chatbot to the Facebook messenger. Therefore, a business can use it to provide answers to frequently asked questions, provide customer support, etc. Twitter is a social media platform that became stagnant after its initial success. In the year 2017, it has hardly seen any significant rise in its user base. The leadership team in Twitter, aware of the situation would try their level best to bring Twitter back to the social media game. While we have started seeing some changes being made on the platform like increasing the word limit from 140 characters to 280 characters. More changes would be seen in near future to make users spend more and more time on the platform.

9. Digital Hangout would be a top trend

If you belong to Generation Z, then we are sure that you would have definitely heard about Houseparty app. The app is a video hangout platform used to have a virtual hangout with friends. As more and more people are using live video as a means of communication and entertainment, we are sure that many more apps would be launched in 2018 in this field.

2017 was the year that saw social media platforms filled with fake news, adulterated content, etc. With government bodies and other organization pressing hard for the content to be regulated, we are going to see new governance policy on use of social media. While many might argue that this might restrict the freedom of speech of people, but we leave that for our audience to decide.